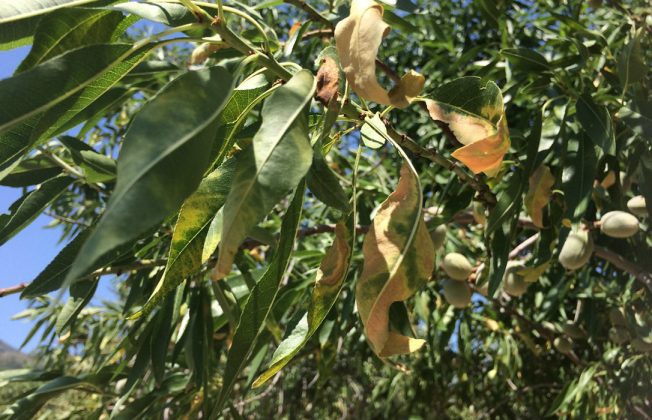 According to the newspaper Agroinformación, the Department of Agriculture, Rural Development, Climate Emergency and Ecological Transition of the Valencian Community has denounced the detection of a batch of plant material from the US infected with Xylella fastidiosa in the port of Castellón, according to the minister Mireia Mollà.

The head of Agriculture has pointed out that «the European Union must be more forceful and demand reciprocity in controls on products from third countries», sources from the Generalitat have reported.

The Ministry has demanded the intensification of the controls of the imports of vegetal material and plants, in front of the current European regulation that «runs the risk of turning the European ports into a drain for the entry of new pests», Mollà has warned.

The last case detected by the Ministry is that of a batch of plant material from the United States infected with Xylella fastidiosa, the disease that is already present in the province of Alicante and for which there is no treatment, which sought to enter Valencian territory by through the port of Castellón.

Mollà has pointed out that Valencian agriculture is experiencing a «pandemic» caused by the «laxity of controls that only requires a certificate in origin», while the agri-food products of the Valencian Community must meet strict requirements to export to other countries with full guarantee.

The head of Agriculture, Rural Development, Climate Emergency and Ecological Transition has urged the Ministry of Agriculture and the European Commission «to introduce the obligation to carry out PCR tests, in order to minimize the risk to our agriculture of plant material from other countries» .

The autonomous administration has also warned that in the face of detections in the ports of the Community, importers are modifying their routes to enter ports with fewer controls on goods such as Vigo or Rotterdam. In the case of the Netherlands, in addition, they intend to eliminate the quarantine on the Orchid Fleck Viru virus, which causes citrus leprosis.

For all these reasons, the minister has made himself available to the Ministry to collaborate in all those claims that bring about a regulatory change aimed at «protecting agriculture, the farmers who live from it and, of course, all people, an urgent modification in the controls that fulfill the criteria of reciprocity and end the imports of new threats, «he concluded.