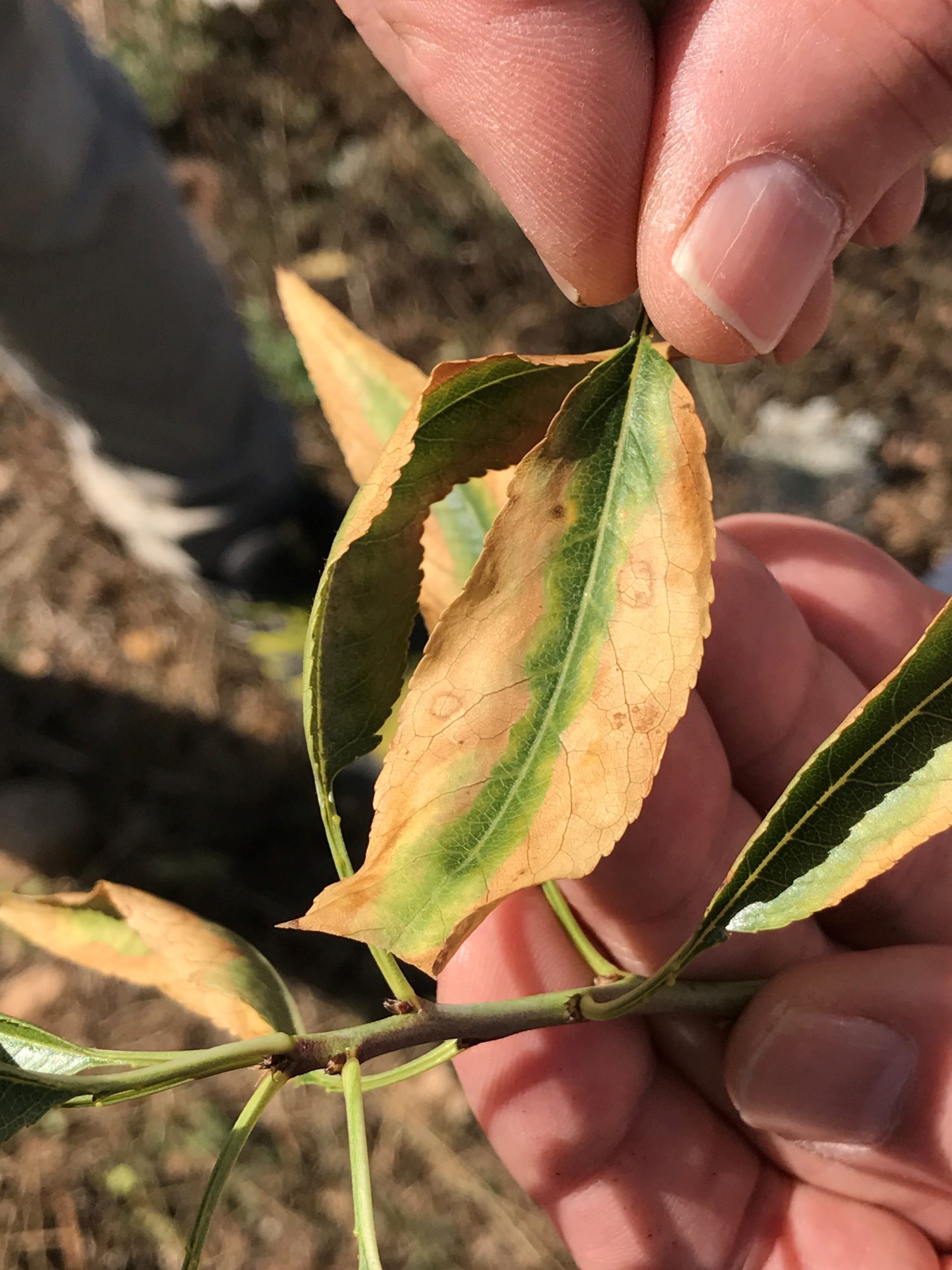 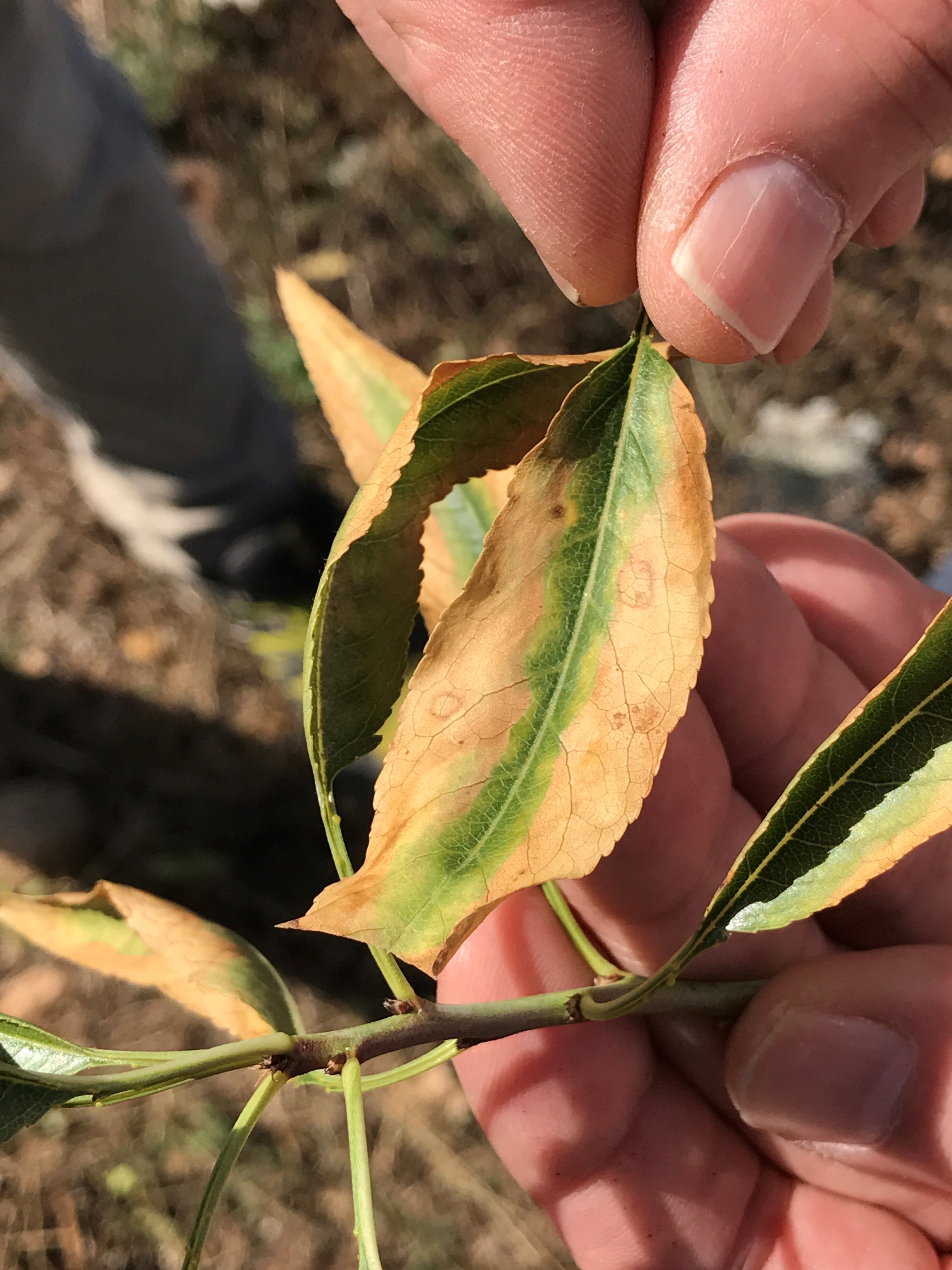 The CSIC researchers hope that the finding will help reduce the elimination of trees at risk, a measure established by the European Union (EU) that causes environmental damage and large losses to many farmers.

The Xylella fastidiosa bacteria, one of the biggest global threats to agriculture, was detected for the first time in Europe in 2013. The pathogen, for which there is no cure, then forced the removal of more than a million olive trees in the Italian region Apulia. Since that outbreak, it has been spreading along the Mediterranean coast and has reached our country, where it has caused significant damage to crops in the Balearic Islands (almond, vine, olive and wild olive) and Alicante (almond).

Following the Italian case, the European Commission (EC) ordered the eradication of all plants at risk of contagion that are within a radius of 100 meters around an infected specimen. Likewise, the research centers activated various projects to better understand the behavior of the bacterium, which does not spread on its own, but through a group of insects popularly known as cigarettes, very common in our continent but little studied.

Now, a team from the Institute of Agrarian Sciences (ICA) of the Spanish National Research Council (CSIC) has shown that the cigarette Neophilaenus campestris, one of the three species capable of spreading Xylella fastidiosa in Europe, can travel much further than it was thought. The individuals of this species observed by the research group ‘Insect vectors of plant pathogens’ were able to advance more than 2.4 km in 35 days from olive groves to neighboring pine forests, which they use as a refuge during the warmer months of the year.

The results of the CSIC study show that the area of ​​influence of this insect far exceeds the surface that the European regulations –recovered in the Implementing Decision (EU) 2015/789 of the Commission– establish for the start of susceptible plants of contagion. «The data indicates that it is arbitrary to combat the bacteria by eliminating trees that are within 100 meters of an infected tree and that we must focus on other measures to control the propagation vector, given that the eradication of plants on larger surfaces does not it is viable ”, explains Alberto Fereres, head of the research group. «Keep in mind that the removal of trees represents an economic loss for the farmer and has a very negative impact on the environment, since it increases the risk of erosion and soil degradation,» he adds. 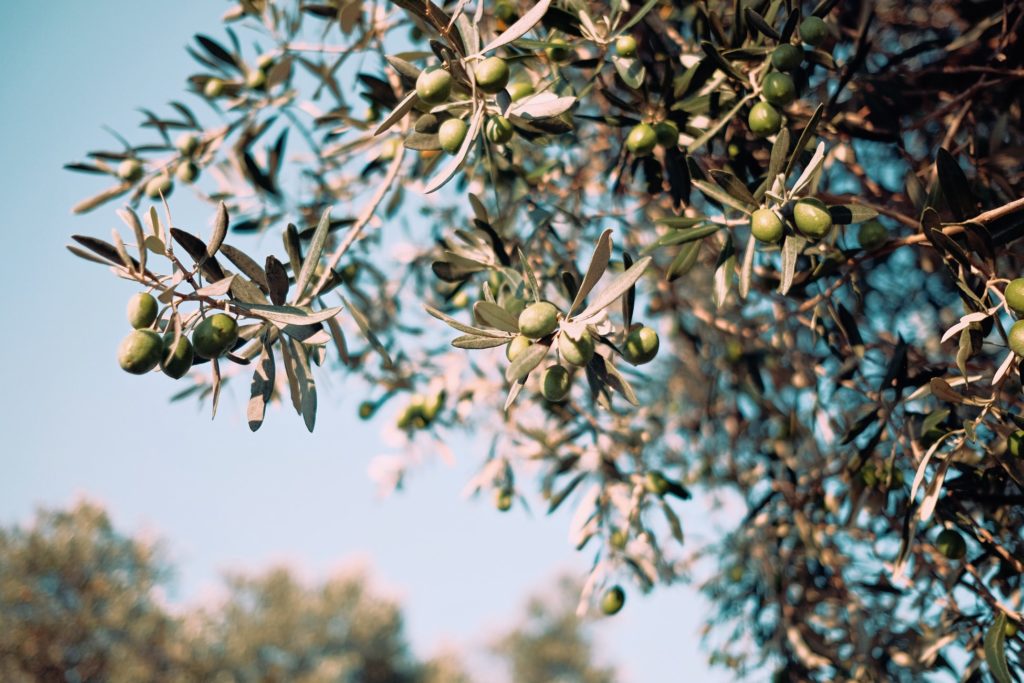 Based on this work, «the EC is finalizing a major change in criteria in the protocol to combat Xylella fastidiosa: a change in the regulations will cut the eradication area from 100 to 50 meters around an infected tree and will allow replanting species trees in affected areas that have been free of the pathogen for two years ”, announces the researcher. «This is an example of how research can help change European policies to protect the environment,» he adds.

A global threat to agriculture

Xylella fastidiosa is capable of infecting more than 500 species of woody and herbaceous plants worldwide and causes incurable diseases in some of them with high economic value for agricultural production. “The modification of the regulations prepared by Brussels will considerably reduce the economic impact for farmers, and even more importantly, reduce the affected area by 75%, notably alleviating the risks of erosion and soil degradation caused by tree removal in sloping and fragile areas of the Mediterranean”, says the CSIC researcher.

Although its arrival in the EU is relatively recent, the bacterium has been more than 100 years causing great damage to the vineyards of the North American state of California. On the other hand, the cigarettes that propagate it are very common in European crops and forest areas, but on our continent they were not paid attention until a few years ago. «As they have not caused serious problems until now, the information available on their biology, ecology and behavior was very scarce,» says Fereres. Among these insects, the species Philaenus spumarius, Philaenus italosignus and Neophilaenus campestris are the only species with a proven ability to transmit the bacteria in Europe.

The study on the behavior of the Neophilaenus campestris cigarette has been funded by the Ministry of Science and Innovation (AGL2017-89604-R) and is part of Clara Lago’s doctoral thesis.