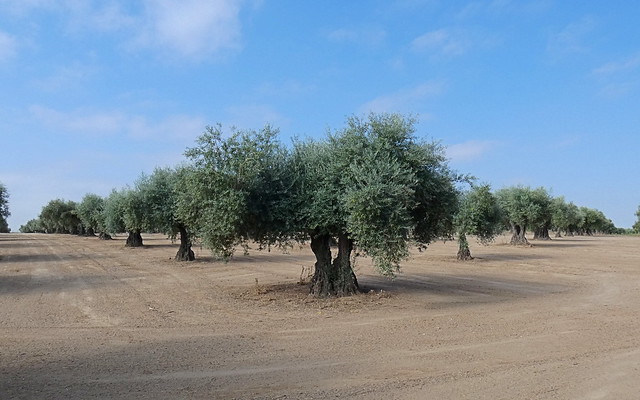 The detection of the first two sick olive trees by Xylella fastidiosa in France next to the Italian border has generated concern among farmers, who ask for caution when applying containment and propagation measures, especially the removal of trees. The president of the Chamber of Agriculture of the department of the Maritime Alps, Michel Dessus, said that «Before we start, let’s be cautious» where these two cases have been identified in the cities of Menton and Antibes.

The two sick olive trees have symptoms of being dried and will be uprooted and destroyed in the next few days, as will other plants sensitive to the bacteria in a «fighting perimeter» that has been established around it, according to the Ministry of Agriculture. The French Ministry said in a statement on Friday, September 6, that a surveillance perimeter of five kilometers of radius for all plants has also been launched. Antibes, which lies between Cannes and Nice, and Menton – on the border with Italy – are already in an area delimited for Xylella fastidiosa since 2015, when the bacterium was first detected in France, but in different plants, not in  olive trees.

According to official data, this bacterium that is potentially deadly for dozens of plant species (such as the olive tree, the vine or the almond tree) is present in Corsica and in 19 municipalities in the departments of Var and the Maritime Alps.

Since 2015, 5,100 samples of olive trees had been taken, without having obtained any positive up to these two specimens. Menton corresponds to the same bacteria that is present in Italy. Hence the insistence of the Department of Agriculture to ask professionals, but also individuals, not to transport plants on their trips in France or abroad. The minister, Didier Guillaume, said he takes «this health alert very seriously» and looks forward to the cooperation of owners, individuals or professionals with public services to «strengthen surveillance measures and ensure the destruction of sensitive plants.»