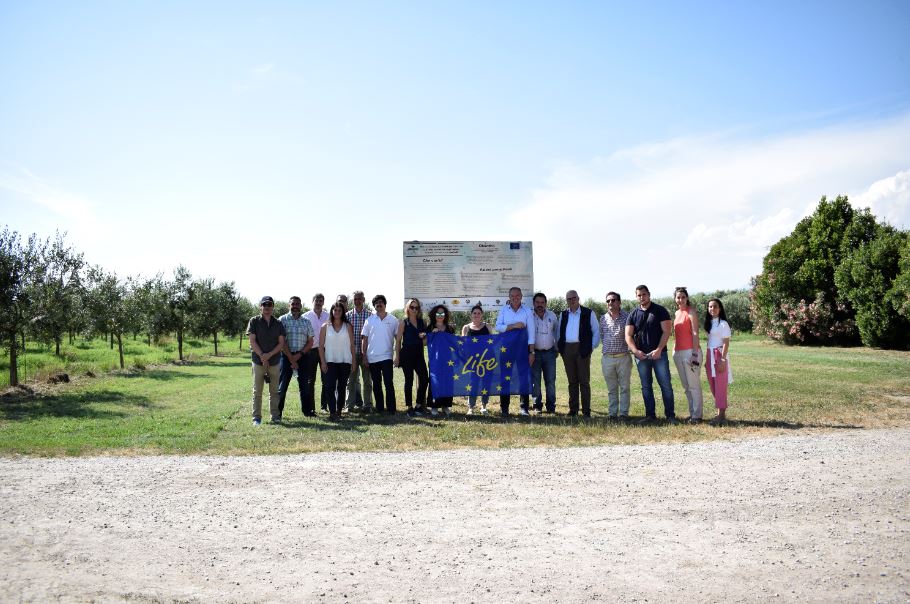 The partners of the European project Life Resilience, co-financed by the Life program of the European Union, met in Pisa (Italy), on June 18, at the headquarters of Coldiretti Pisa to collect all the progress and results recorded in the last three months and determine the next steps to follow.

This ambitious project has the participation of three countries (Spain, Italy and Portugal) which makes these monitoring committees

key for all phases of the project to meet certain times and implement the most effective measures to improve productivity and sustainability of the systems implemented in the three demonstration farms: «El Valenciano» in Carmona (Spain), Charquerao in Alandroal (Portugal) and «La Traversagna» in Pisa (Italy).  The nine  partners involved in the research, control and proposal of Xylella fastidiosa prevention measures have made progress in the last three months of the project.

So far the inventory of soil has been carried out with a work procedure called MAP2SOIL, conducting a study of the three farms by geosensors and the use of drones that have mapped spatial variability that allow obtaining the detailed information of each plot. After that, he main edaphic and microbiological parameters of the soils and crops will be analized in an agronomic laboratory.

Thanks to the use of precision agriculture (sensors, thermal and infrared cameras, drones and satellites), researchers can evaluate the response of the crops to the different strategies of the project, analyze the photosynthetic activity of the crop, evaluate if it presents some kind of stress and determine early onset of the disease in crops.

The Portuguese company Nutriprado has evaluated the presence of the potential vector insect of Xylella fastidiosa in the three farms, taking into account the climatology and types of soil, has selected different plant species that will be used in the cover crops that will be installed in September 2019 to increase the auxiliary fauna that is present next to the insect vector and see how they behave as a whole with the different plant species.

Right now, all efforts are being made to examine which plants attract the insect vector the most and which shrink it or are attractive from auxiliary insects that facilitate biological control. Currently, a controlled deficit irrigation strategy is being applied in Spain and Portugal and, after the design of the demonstrative tests developed by Ideagro, different microorganisms have been selected and  will be incorporated into the soil to improve the availability of nutrients, increase resistance to stress ( biostimulation) and increase the resilience of plants.

In the Spanish and Portuguese farms researchers have already begun to apply biostimulants and biofertilizers, which help to solubilize nutrients present in the soil but not assimilable to plants, such as phosphorus and potassium. Natural fertilizers are used because do not leave residues in the soil and provide benefits to the plant by producing biostimulating hormones and inducing resistance to pests and diseases.

From Italy, an investigation has been coordinated on the methods to contrast the main vector of Xylella fastidiosa present in the olive groves of the Puglia region, Philaenus spumarius. Preliminary data obtained through the samplings carried out in Tuscan farms have shown a great variability in the presence of juvenile forms even among the plantations located a short distance away from each other and conclude that some products allowed in organic agriculture, such as fungus Beauveria bassiana, derivatives of microbial fermentation, potassium soaps, sulfur and pyrethrins are more effective in reducing the population of larvae in the olive crops.

Life Resilience considers that the way towards prevention is applying good agronomic practices and, above all, constant monitoring to limit the spread of Xylella fastidiosa and other diseases.