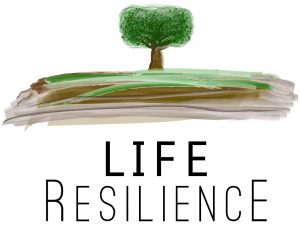 Xylella fastidiosa is a bacterium with pathogenic potential that has transmitted diseases in a variety of woody crops and trees. It has set the alarm in all of Europe since its detection in 2013 in olive groves, infecting more than 1 million olive trees to the Olive Quick Decline Syndrome (OQDS).

Detected in France, Germany and Spain, the disease has the potential to spread to other countries with a similar climate and other species such as almonds. The EU considers that this quarantine organism is one of the most dangerous, because of the ease with which these bacteria can spread throughout the world. This would entail a high variety of diseases and a great economic impact for agriculture. Spain, Italy and Greece, the main world producers of olives and olive oil, are currently at risk of losing millions of euros for these bacteria.

Given the high risk of spreading that XF in important agricultural areas of the EU, LIFE RESILIENCE proposes to develop genotypes of productive and pathogen-resistant plants, apply practices and innovate in natural methods of vector control to demonstrate their effectiveness in preventing negative effects of Xylella fastidiosa. Once infected by the pathogen, elimination and containment is difficult to achieve. The current measures address the eradication of infected and surrounding vegetation, which generates large economic and ecological losses. Preliminary research shows that climates with mild winters are especially vulnerable to the proliferation of pathogens and climate change will only exacerbate this effect.

LIFE RESILIENCE deals with the sustainable and resistant agricultural and forestry sectors in the CC Adaptation priority area, since it aims to demonstrate an increase in the sustainability and resistance of the intensive production of olive and almond trees in the Mediterranean. This project also addresses the EU priority area of ​​Climate Change Mitigation, mainly in relation to land use and forestry.

In order to improve sustainability, the project will focus on reducing water production system and carbon footprint, increasing the potential for climate change mitigation in agriculture. Demonstration trials implement fertilizer, beneficial products to increase water stress, efficient soil management, including precision surveillance drones and monitoring of soil health, among others. To lower the carbon footprint of the system, irrigation systems will be powered by solar panels and wind energy, fertilization will be optimized as well as the use of phytosanitary products, reaching a balance with alternative treatments of biological basis. The demonstration area in Italy will test a sound trap that will decrease the use of insecticides, which means less emissions of greenhouse gases.

Regarding to increasing resistance, a large part of the project will focus on optimizing the resistance of the olive plant and its environment to foreign pathogens and epidemics, urgent in most cases of the XF, but also other foreseeable future outbreaks. It is expected that climate change will lead to more pests and severe diseases and it is important that the typically vulnerable intensive production systems, such as olives and almonds in the Mediterranean, are ready to face these threats with an immune system. Plant breeding trials and the demonstration of sustainable practices aim to prevent the spread and reduce the impact of diseases caused by Xylella fastidiosa in areas at risk of being infected in the coming years.